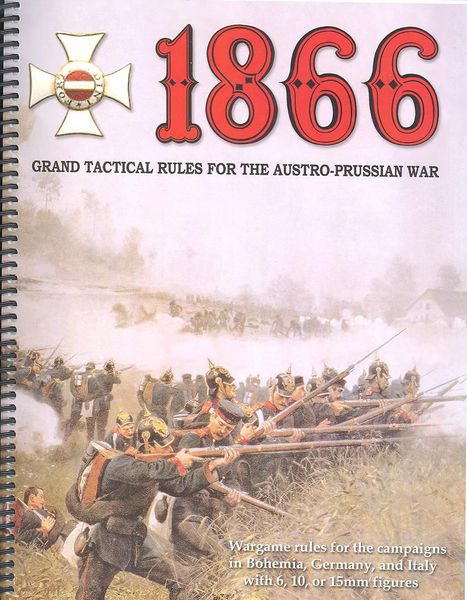 This is the third in Bruce Weigle's series of rules covering warfare in the late 19th Century. It is primarily geared to small scale figures, i.e. 5mm to 15mm.

The book contains the period rules, scenarios and considerable period information, as well as notes on Bruce's stunning terrain models.

1866 is development of the popular 1870 and 1859/64 rules tailored specifically for the Austro-Prussian War, including the Bohemian, German and Italian theaters.