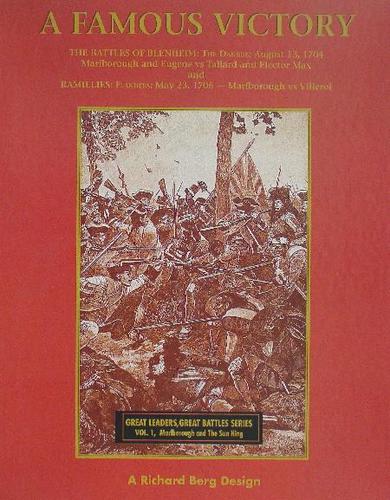 A Famous Victory is MiHs game simulating the battles of Blenheim and Ramillies. Quote from the rules "A Famous Victory (AFV) allows players to recreate two of the major battles - Blenheim and Ramillies - fought by England and her continental allies against the ambitions of the Sun King, Louis XIV, during the War of the Spanish Succession, a war that revealed John Churchill, First Duke of Marlborough, as England's greatest Field Commander and one of the true military geniuses in history."