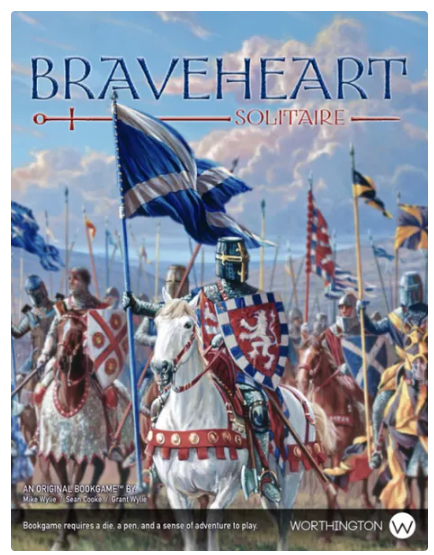 You are in command of the Scottish armies in their bid for independence from the English Monarchy.

Lead your people to freedom as they cheer your name “Braveheart!”

The English outnumber your army in both battles so your decisions require some outstanding leadership if you expect to win the day, the decisions are yours…

All you need to provide is a die, a pen, and a sense of adventure to play.