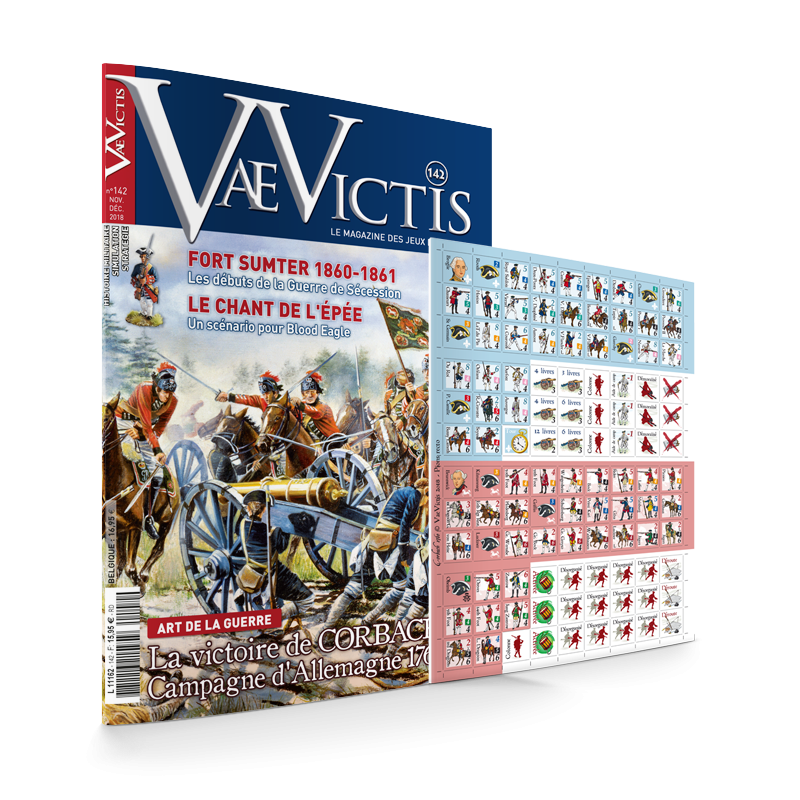 July 1760, Broglie – at the offensive in Germany – was with the main french forces in Frankenberg in Hesse, 30 km south of Corbach. He ordered Saint Germain to join him with the Army of the Rhine. Ferdinand, duke of Brunswick, stationed 10 km east of Corbach, send the Erbprinz of Brunswick to prevent the junction of the two french armies. The Prinz having made contact with Kielmansegg Corps decide to attack what he though was only the vanguard of St Germain. However Broglie himself with six brigades arrived on the battlefield while some german reinforcement force-marched to join the fight.

Corbach 1760 use the same system than Hastenbeck 1757 published in VaeVictis 126 with a slightly different scale.