CounterFact Magazine: Operation Pincher: Stalin's Drive In the Middle East, 1949 – What If? 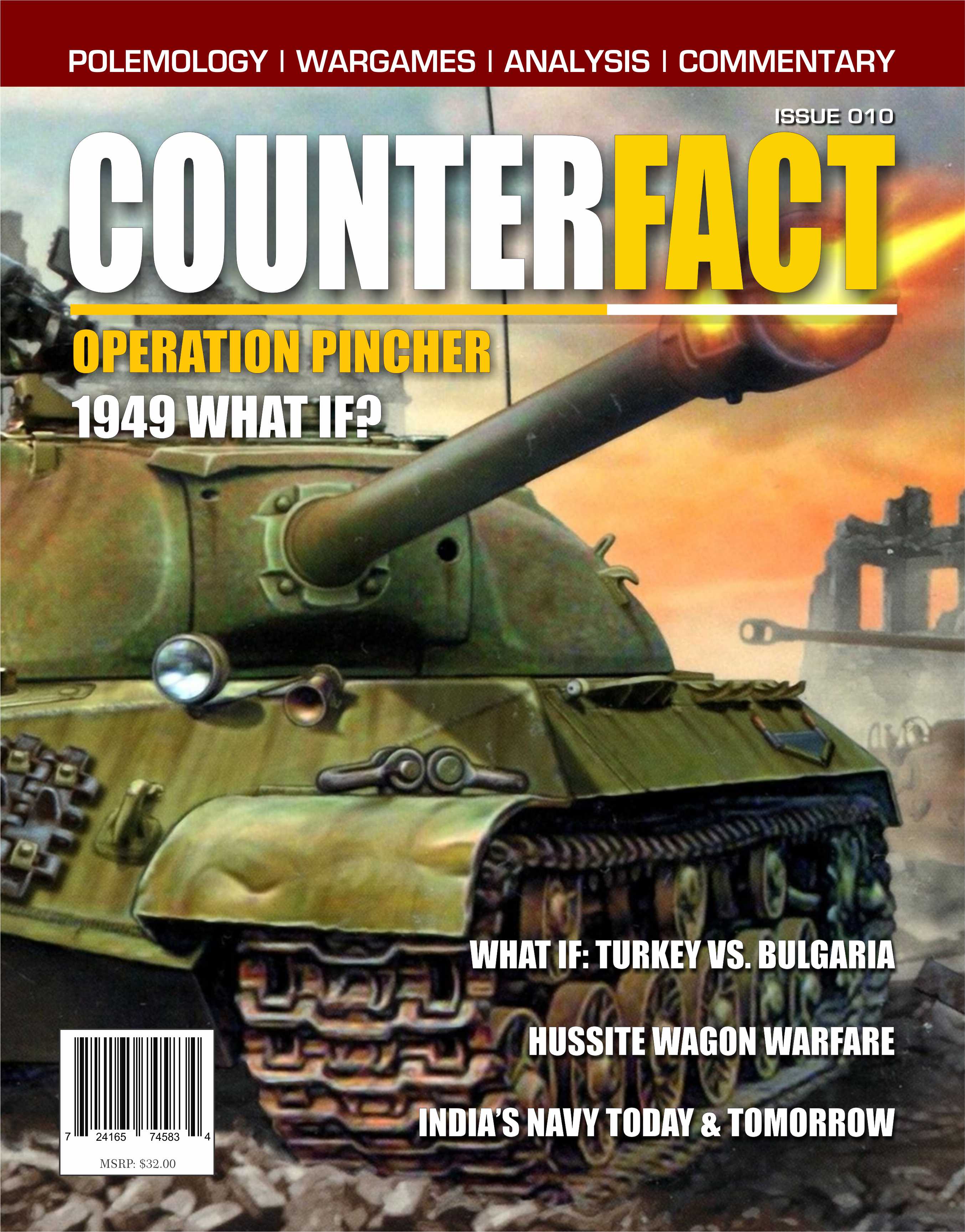 Operation Pincher: Stalin's Drive In the Middle East, 1949 – What If? by Ty Bomba

Operation Pincher: Stalin's Drive In the Middle East, 1949 – What If? is based on the actual "Pincher" series of defensive plans drawn up in the Pentagon from 1946 through 1949.

(OP49) is a speculative history wargame that allows two players to investigate the strategic parameters that would have been in place in southeastern Europe and the Middle East had Stalin attacked there at that time (most likely in conjunction with a drive off map) into Western Europe. His goal in starting such an operation would have been to blitz to the oilfields and Allied base areas in North Africa and the upper Persian Gulf. That would have effectively broken the geostrategic back of the British Commonwealth of Nations, disrupted Europe's oil supply, and delayed the US from being able to mount an atomic bombardment campaign into the USSR.

There are rules for US atomic bombs, but their use is constrained by politics. The late 1940s marked the arrival of the anti-imperialist ("third world" or "nonaligned") movement on the world stage. So, if the Americans try to win by using enough bombs to blow to bits Stalin’s attacking horde, they do so much damage to the environmental and sociopolitical ecologies as to undo that victory in the strategic sense.

The extra-large-hex 34x32" map covers from Albania and Thrace south to Benghazi and Kuwait and east to Tehran and the Caspian Sea. Each hexagon represents 60 miles (97 km). Each of the eight full game turns represent two weeks of real time.

Communist units of maneuver are Soviet and satellite-nation armies (plus super-elite Guards Airborne divisions) along with Allied armies, corps, divisions, brigades, and regiments. There are no US units on-scene at the start of play, but army "regimental combat teams" and Marine Corps regiments and a brigade rush in as reinforcements. Air power is abstracted, with counters and rules showing the effects of one side or the other gaining temporary air superiority over portions of the map.

Since this is a secondary theater (in regard to a presumed main front in Western Europe), the Communist player is never certain exactly what his order of battle will be until set up. He knows, however, it will contain a total of 12 to 14 Soviet combined arms, mechanized, shock and tank armies, along with 10 satellite-nation corps and armies (and possibly three to seven divisions of ultra-elite airborne divisions).

Each match generally runs through three phases. In the first, the Communist juggernaut drives deep across Turkey and into Mesopotamia. Only the Turkish and Israeli Armies, and the use of a-bombs by the US, can slow the advance. As Soviet losses mount and US prestige sinks, the middle stage begins. It's characterized by both sides maneuvering, seeking to hold or take still-contestable key areas. The Soviet guards airborne force is most likely to make its appearance. A-bombs are still going off, but their targeting has to be ever more selective and there are fewer such attacks. During this period a well executed Soviet campaign will achieve its victory objectives. The end game sees an Allied counteroffensive, as that player throws in everything he's got to try to take back from the Communists enough victory hexes to overturn what will otherwise be their end-of-play win on points.