With Fire & Sword: A Strategic Game of the 30 Years War1500: The New World
Back to: Rennaissance 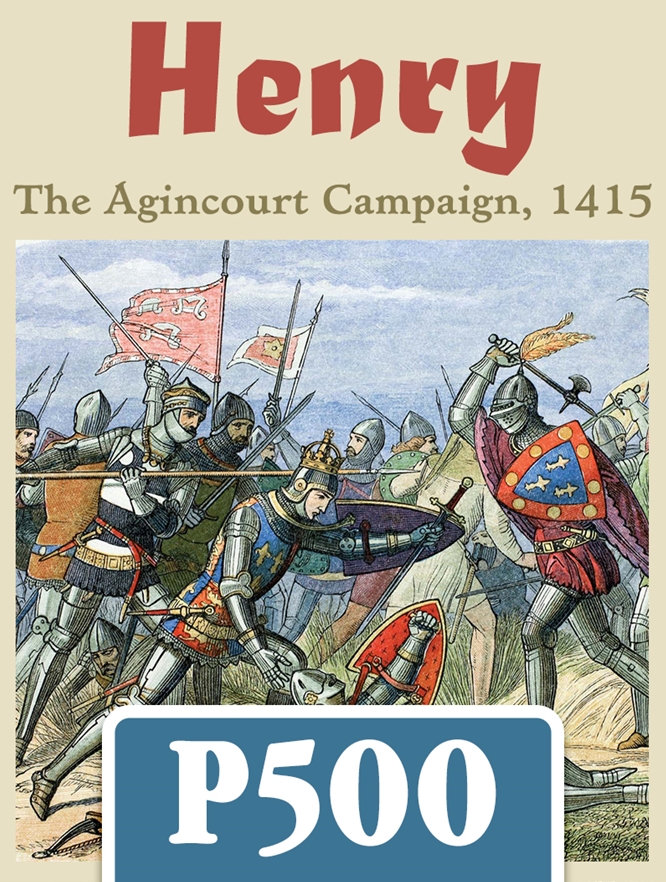 Available for Pre-Order. Made the cut.

Can this cockpit hold the vasty fields of France? or may we cram within this wooden O the very casques that did affright the air at Agincourt?
Act I, Prologue, Henry V by William Shakespeare
Northern France, 1415 - It is the day of the Feast of St. Crispin and St. Crispinian. In a cold, muddy field outside of the village of Agincourt two armies stand ready for battle. On one side, an army of English Yeoman and Retainers is led by the young King Henry V. On the other are over double that number of French Men-at-Arms led by a panoply of French Lords. How did these two armies get here? How did these thousands of people (just as human as you or I) organize, travel, and feed themselves to end up on the precipice of history? Do they realize their role in the legend of that fateful day? Do they even have the time to think of such things?

In HENRY, the fifth game in Volko Ruhnke’s Levy & Campaign Series, players will bring to life all of the drama of the famous Agincourt campaign. Players will lead either the English forces of King Henry V or the French Nobility in the levying of forces, management of logistics, and campaigning through Northern France.
Designed by Joe Schmidt, HENRY aims to create a more streamlined version of Levy & Campaign that is equally suitable for someone’s first experience  or a quicker lunchtime gaming session. The English player will build their army at the outset of the game, and in doing so set their victory conditions based on these choices, and then begin their campaign. While the English march through Normandy, the French Nobles will need to rapidly respond by levying their forces and navigating the internal court politics of their ongoing civil war between the Armagnac and Burgundian factions. Then, once ready for battle, the French will attempt to hunt down and prevent King Hal and his happy few from returning home.
Historical games always offer us the ability to change the course of history, but the Levy & Campaign system offers us something more focused on the human element. Humans need to be fed, and that food needs to be both secured and transported. Without that, even the greatest of armies will fail. HENRY endeavors to lift the veil of the mythology of the Battle of Agincourt to offer a more detailed look into the circumstances that created the legend. 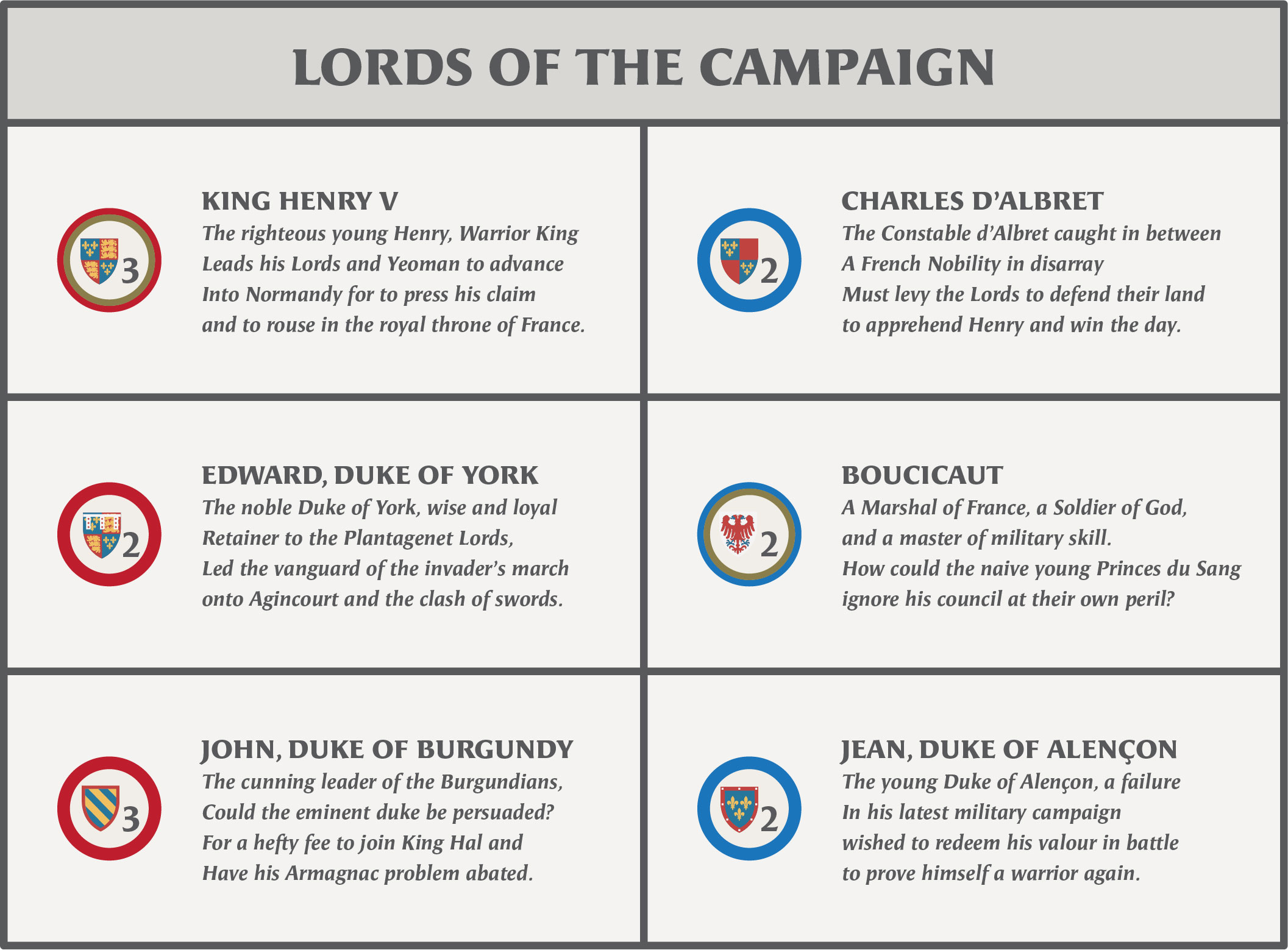 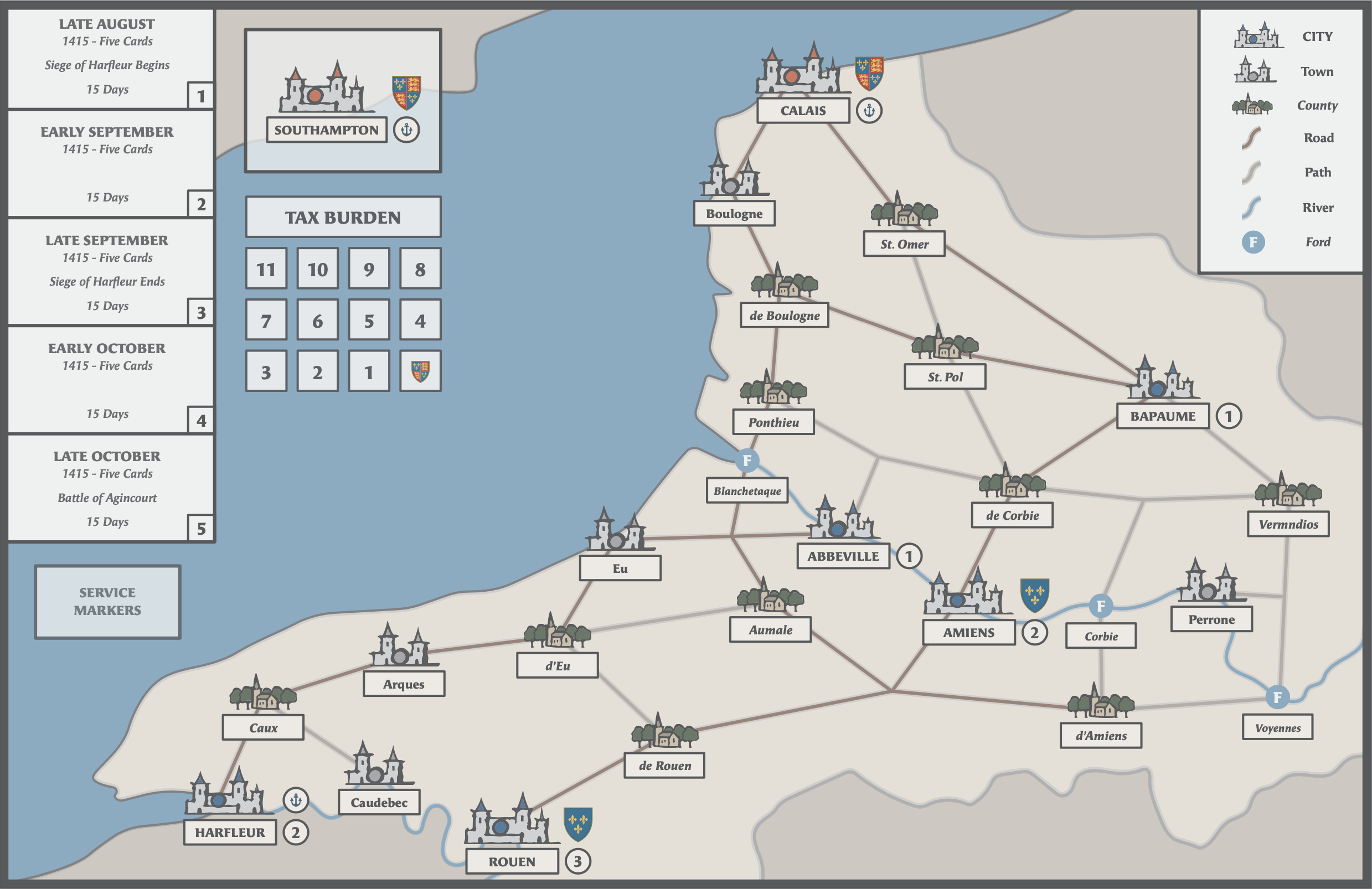