The Last Vikings: The Swedish Army at Kliszów 1702 and Fraustadt 1706A Famous Victory (Blenheim & Ramillies)
Back to: Other C18 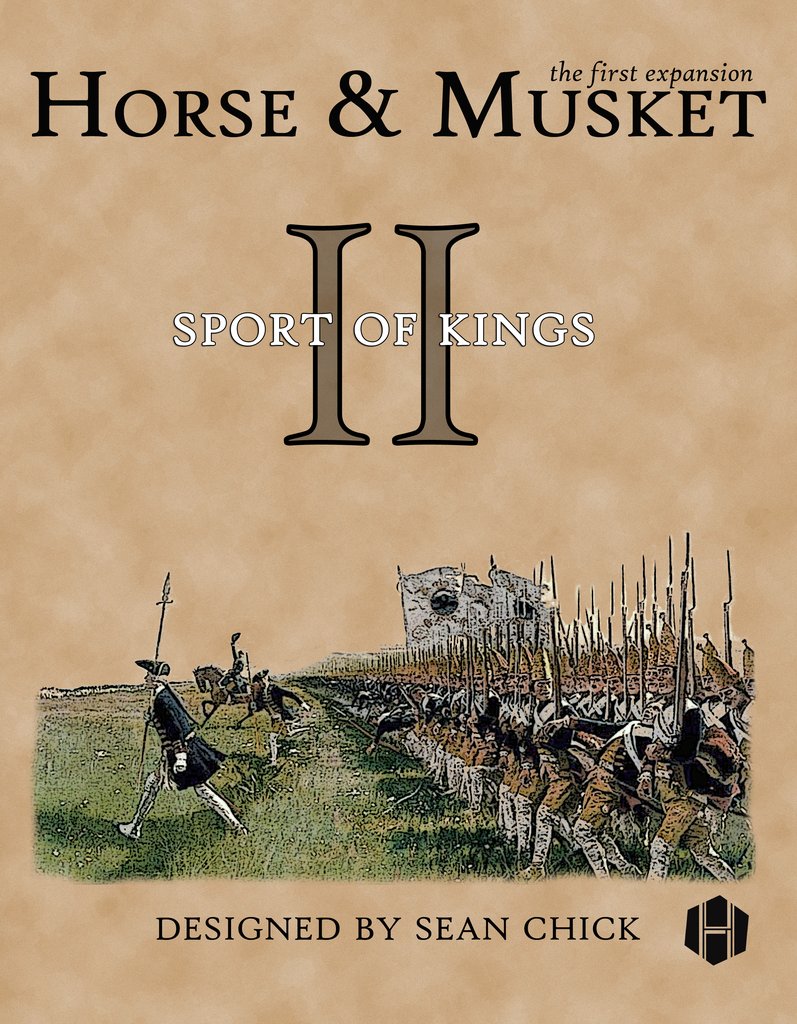 This is an expansion. You need "Horse & Musket: Dawn of an Era" to play this game.

The ambitious task that designer Sean Chick has set before himself with his series Horse & Musket is to trace the development of battlefield tactics, doctrine, and technology from the end of the seventeenth century to the middle of the nineteenth over the course of six volumes. This second volume picks up where Dawn of an Era left off, covering 1721 - 1748. This is a dramatic and colorful era, “the pinnacle of classic linear combat”. Memorable personages such as Nader Shah, Maurice de Saxe, and Bonnie Prince Charlie march their grand armies across your hex grid. Stealing the spotlight is the young and untested Frederick II of Prussia. Early on he suffers embarrassments and setbacks, stumbling into victories by the skin of his teeth. But by the time this volume concludes, he will have become one of the greatest leaders in military history.