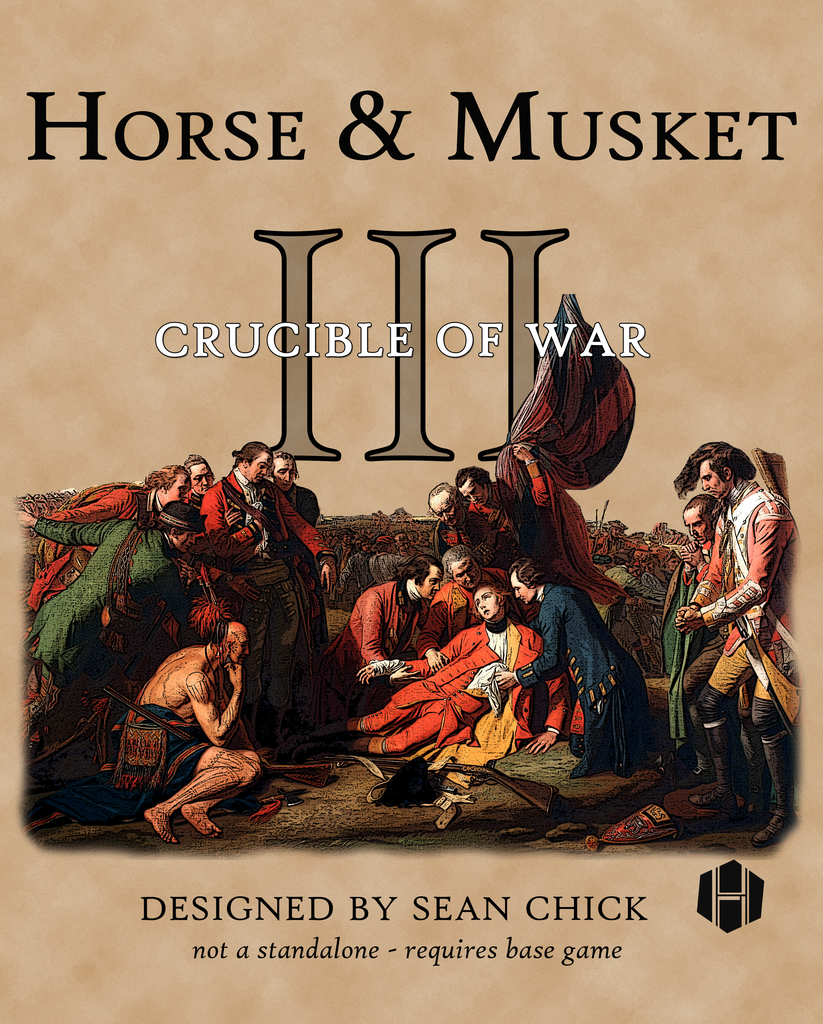 This is an expansion. You need "Horse & Musket: Dawn of an Era" to play this game

The third volume of Sean Chick's Horse & Musket takes as its subject the Seven Years' War, a conflict that saw fighting in both the old world and the new. This was the last great clash of monarchs - the final and grandest game of European power politics before it was all to be swept away by the bloody tides of revolution.

The dramatic deaths of Montcalm and Wolfe. The famous stand of the Minden regiments. The disastrous defeats that threatened to destroy Frederick II, and the dramatic victories that saw his Prussia emerge as a major power. It's all here, ready to be recreated on your tabletop.

The twenty scenarios in this set are:

Sean Chick's Horse & Musket is a simple tactical game system covering musket warfare from Vienna in 1683 to Appomattox in 1865.

This second volume picks up where Dawn of an Era left off, covering 1721 - 1748. This is a dramatic and colorful era, “the pinnacle of classic linear combat”.

The long-awaited fourth volume in Sean Chick's Horse & Musket series shifts the scene to a period of social upheaval, peopled by radical revolutionaries, dominated by two world-changing events – the American War for Independence, and the overthrow of the Bourbon monarchy, resulting in the War of the First Coalition.