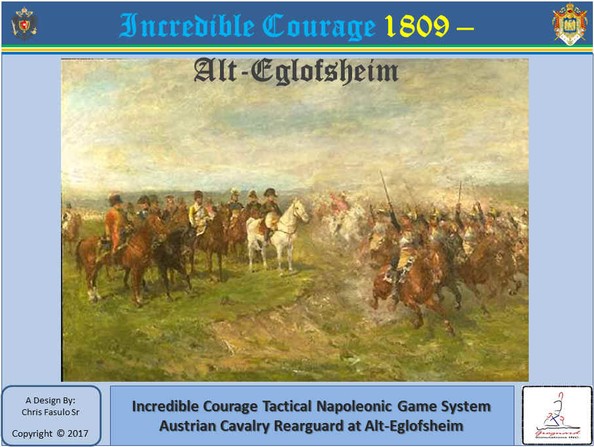 This battle deals with the situation at the start of the Battle for Ulm and the French cutting off of the Austrians.  General Mahler of Marshall Ney's VI Corps is ordered to the south bank of the Danube. 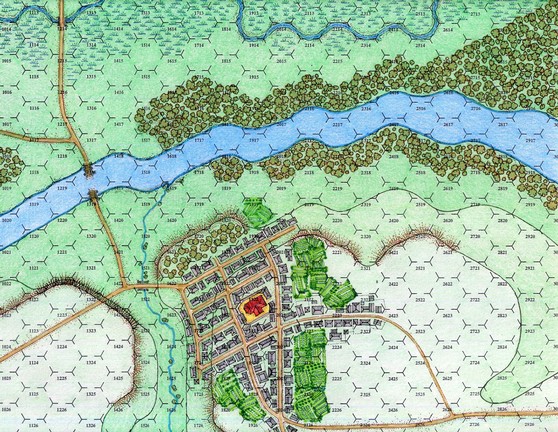 The game features adjustable strengths (that help decide firepower and melee strength based on formations). Turns are 10 minutes of time.  A few special features are adjustable strengths, elite units, and Levels of Order (LoO).  Units start with a certain amount of these LoO and as they lose them their abilities are reduced.  Movement of each division level formation is randomized through a Leadership factor for each commander at that level.  This game is a good introductory game for the Incredible Courage system.  The level of fidelity and the level of playability have been mixed extremely well.  Players will need to analyze many differing factors to apply the winning tactics to the battlefield.  They will also be forced to consider contingencies since units will not always have the strength that they normally would.   No gaming the combat system here by calculating the exact number of factors needed for a certain odds column.  You will never know what the odds column will be until the combat is ready to be conducted.  This battle will provide a challenge to both players.
Game play is excellent for solitaire play and moves along very quickly.  The randomized movement allows for very interactive action and you won't be sitting around waiting for the other player to finish.

Imperial French Army sample units for IC 1805 - Gunzburg.  Unit counter fronts above and backs below.  You can see the line formation on the front and column shown below.