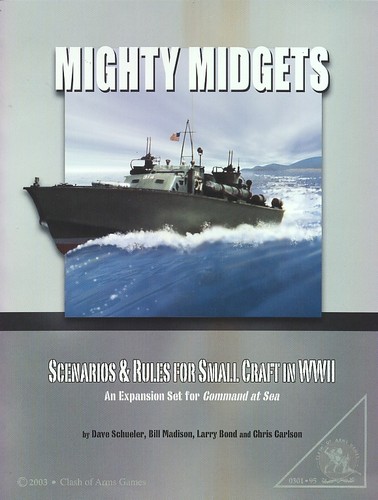 Mighty Midgets - This CaS module contains 20 plus scenarios, featuring small craft actions (PT, E and S boats, etc) during WWII. New data, and modifications to the combat system (impulse firing) allowing for a quicker time frame and rate of fire are introduced in this module. To reduce the system to this level (where structural and crew damage caused by .30 and .50 caliber machine guns adds up quickly) took some tinkering, but the scenario design team of Dave Schueler and Bill Madison along with the rules/data team of Chris Carlson and Larry Bond were up to the challenge.