1914, Offensive Ã  outrance, The Initial Campaigns on the Western Front in WWIAge of Dogfights: 1920s (Expansion)
Back to: WW1

On to Baghdad! (WWI) 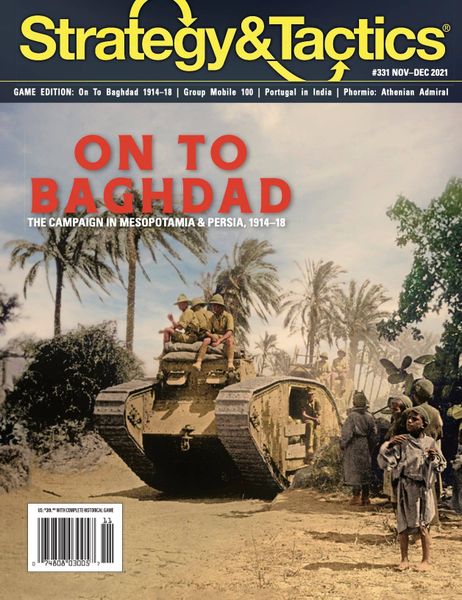 On to Baghdad! is an operational-strategic level, two-player wargame covering the campaign in Mesopotamia and Persia in World War I. Players control either the Allies representing the British-Indian, Russians pro-Allied Persians, Kuwaitis, and pro-Allied Partisans or the Central Powers representing the Ottoman Turks (or Turks), Germans, Austro-Hungarian, pro-CP Persians, and pro-CP Partisans. The Allied objective is to gain strategic control of Mesopotamia and Persia, including oil resources and critical cities. The Central Powers objective is to retain control and threaten British interests in the Persian Gulf and India Each hex on the map represents 35 kilometers. Each turn represents six months. Ground units are mostly divisions, with breakdowns. Air units are mainly squadrons. Partisans represent groups of guerrillas.