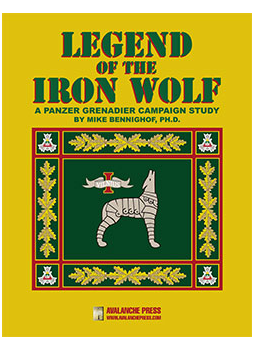 Legend of the Iron Wolf is a Campaign Study, a short book that continues the story with two more campaigns that never actually happened, both involving the Lithuanian Army. Campaign Five sends Lithuanian troops into battle against the Soviets in Operation Barbarossa. Campaign Six has them fighting the Germans in June 1941. In both cases, you get to use all of those tank pieces on the Lithuania’s Iron Wolves sheet. Each campaign of course wraps up with a battle game.