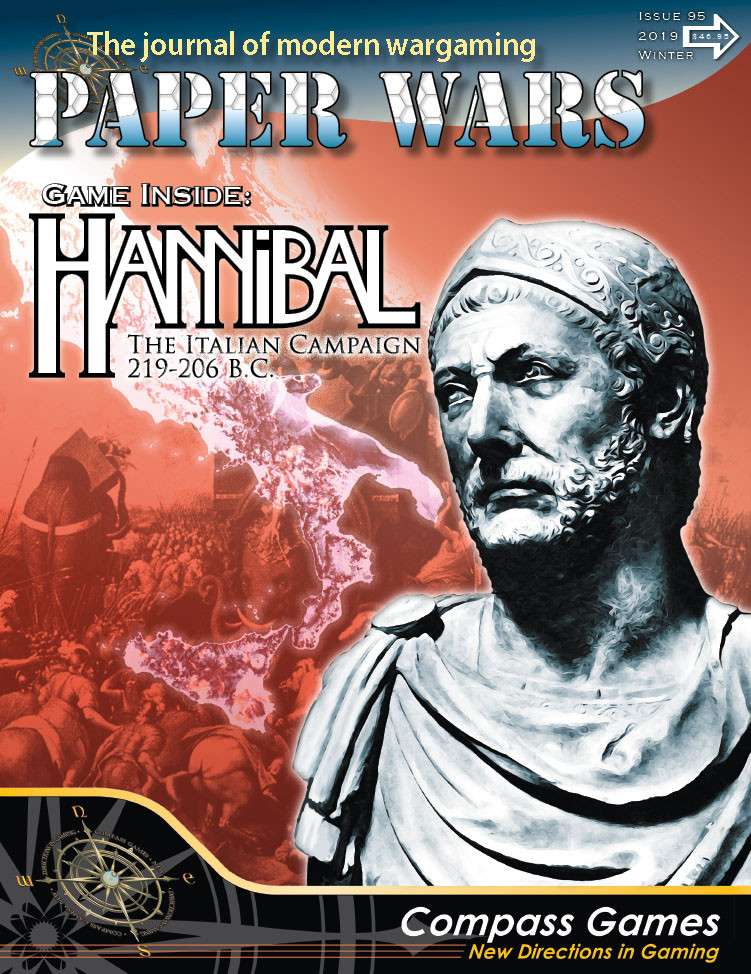 IN 218 BC the great Carthaginian general Hannibal crossed the Alps with the avowed intention of bringing Rome to her knees.  Gathering allies in Northern Italy, he out maneuvered, ambushed, and out fought the Roman armies sent to defeat him.   Moving south, he inflicted upon Rome her greatest defeat at Cannae in 216 BC.  Roman resolve wavered but never crumbled as she witnessed her armies defeated with apparent ease.  Time and again Rome was forced to regroup to meet the challenge.  But she always did.  For 13 years this continued.  With little support from Carthage and relying mainly on disaffected Roman allies, Hannibal wreaked havoc in Italy.  Yet, in the end, Rome remained unconquered.  HANNIBAL is a medium complexity strategic study of the Second Punic War.  Turns represent a year of campaigning with map hexes scaled to 40 kilometers.  The game includes 200 counters, one full size map, and the rules booklet.