The second battle of Bull Run is a game for two players that simulates the main battle of the Northern Virginia campaign during the summer of 1862 between General Lee for the south and General Pope for the north. Despite being outnumbered, Lee wins the 3-day combat and takes advantage of his good defensive position before launching a counter attack that disperses Pope’s troops. This simulation primarily uses the rules of the Sécession system developed for Cedar Creek (VV94) and especially Stones River (VV121). 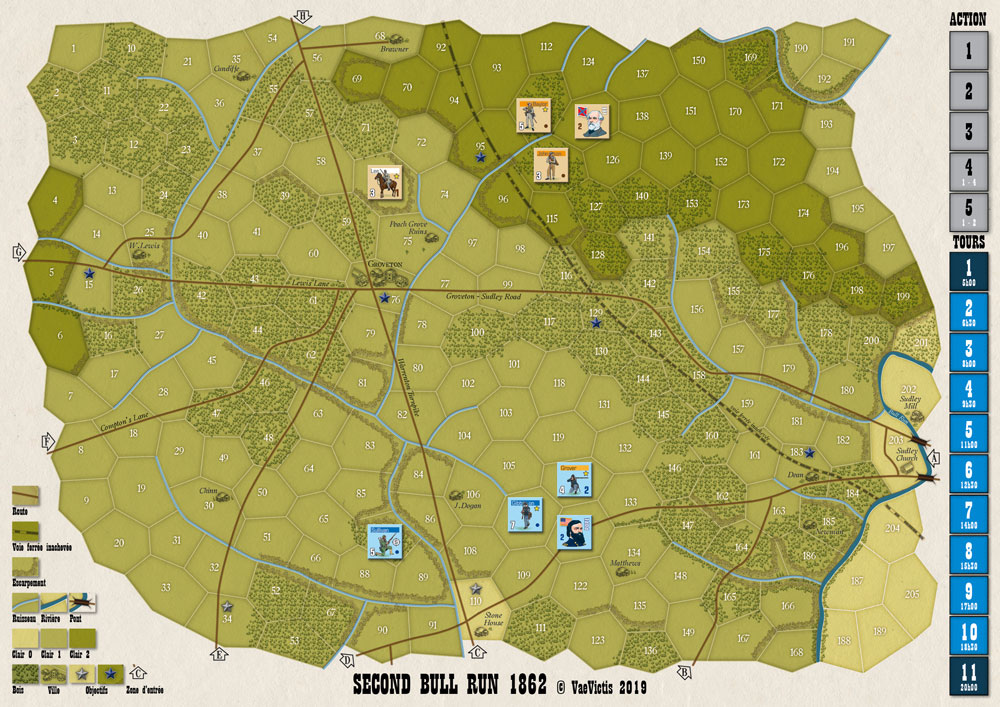