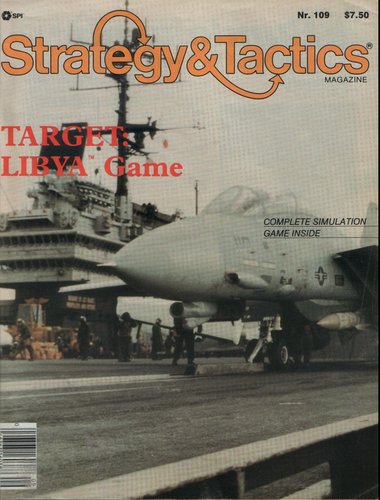 Target: Libya depicts an hypotetical US campaign against the Libyan regime in retaliation for repeated terrorist attacks on US interests, believed to be supported by Qaddafi's government.

The objective of the game for the US player is to eliminate key political units and seize strategic objectives while limiting it's losses.