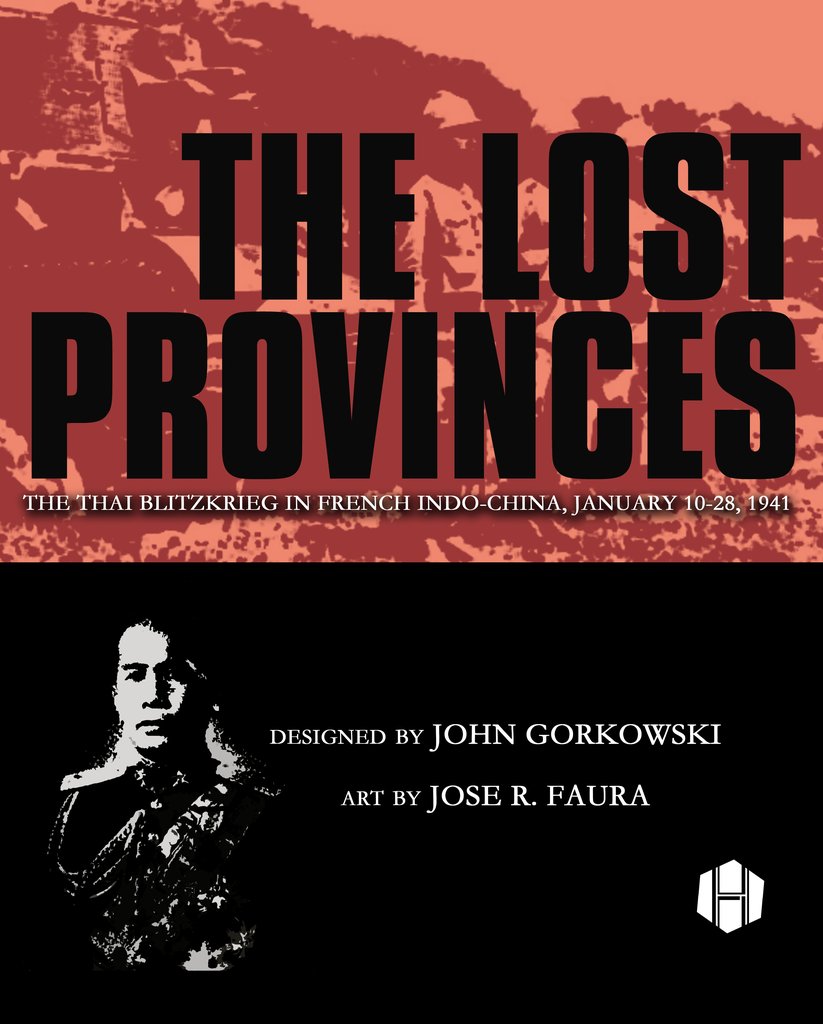 The shocking defeat of France in 1940 created a unique opportunity for Thailand to regain territory it had lost decades before. When Vichy France refused to give it back, fascist leader Plaek Phibunsongkhram launched a blitzkrieg attack in January 1941. The fighting stopped eighteen days later, and with Japanese mediation, Thailand won back her lost provinces.

This obscure conflict is the subject of designer John Gorkowski’s The Lost Provinces. This is a simple, small, and soloable game that can be played in an evening with new wargamers and grognards alike. It often utilizes traditional mechanisms but with twists and nuances that make them fresh again. For example, combat strengths are compared, to arrive at odds ratios, but those ratios are expressed via a die roll modifier rather than a column on a CRT, which results in greater uncertainty about how a given battle might turn out.

The attacking Thai forces use army, artillery, and air power to bear in along three separate thrust lines. The French forces are more concentrated and have the advantage of defending along interior lines. They’ll have to know when to retreat and when to make the Thai Player fight for every hex.