The Revelation War: The Coming Struggle for the Middle East 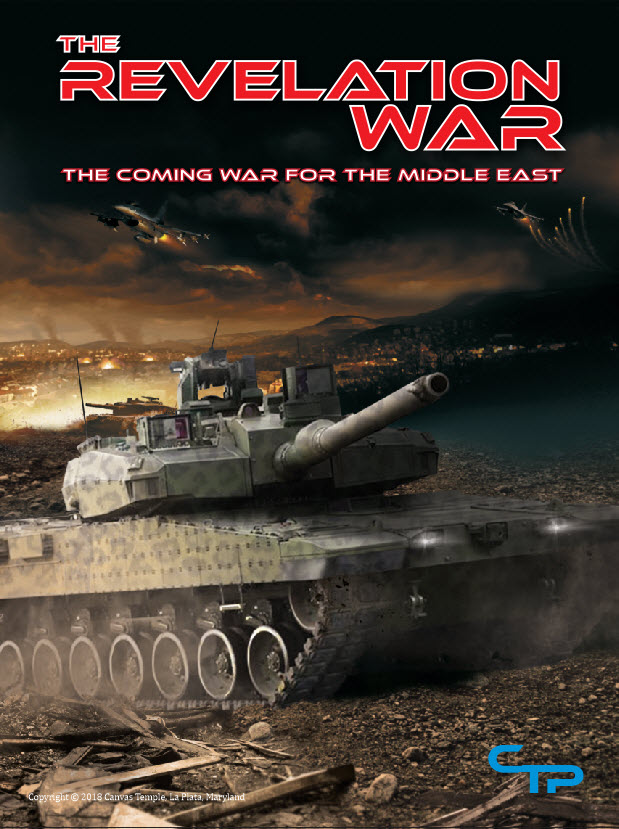 Revelation War: The Coming Struggle for the Middle East. If America continues its zigzag withdraw from imperium, there will be vast repercussions. In and around Israel, the international security guarantees put in place there with the 1978 Camp David Accords will effectively be gone.

This near-future what-if wargame investigates that Israeli worst-case scenario. Left on their own in that way, they must fight to a defeat a coalition of Hezbollah, Hamas, Russia, China, Egypt, Jordan, Syria, Iran and Turkey – and they must try to win without resorting to the use of atomic weapons or other WMD. Cynically, the Anti-Israel Coalition player “wins” by doing well enough on the conventional battlefield to force the Israelis to go atomic.

The game isn’t meant as a staging of the Biblical prophesies in the books of Isaiah, Jeremiah, Ezekiel, Daniel and Revelation. Even so, the overlap between those prophesies and the potential strategic situation being modeled here are numerous and clear. We’ve therefore included a set of 15 iconic counters, each depicting a character or scene from those Biblical “end times” descriptions. Players can incorporate into the game in any ways that best suit their own religious outlooks and predilections.

Revelation War uses a division-, corps- and army-level system that’s easy to learn and that can be adapted for solitaire play (though it’s intended for two). There’s a large-hex 34x22” map covering all of Israel in its center while stretching north to Damascus and Sidon, east to Amman and west to Cairo, at 7.5 miles per hex. Each of the turns represent one day of actual time.There’s one full sheet of 176 large-size (5/8”) die-cut unit-counters.

The game is playable by one or two people in one sitting of no more than about two to three hours. Special rules are included to cover airpower and cyberwar.