Wilderness War: Third Edition (2015)13: The Colonies in Revolt
Back to: 7YW / Revolution 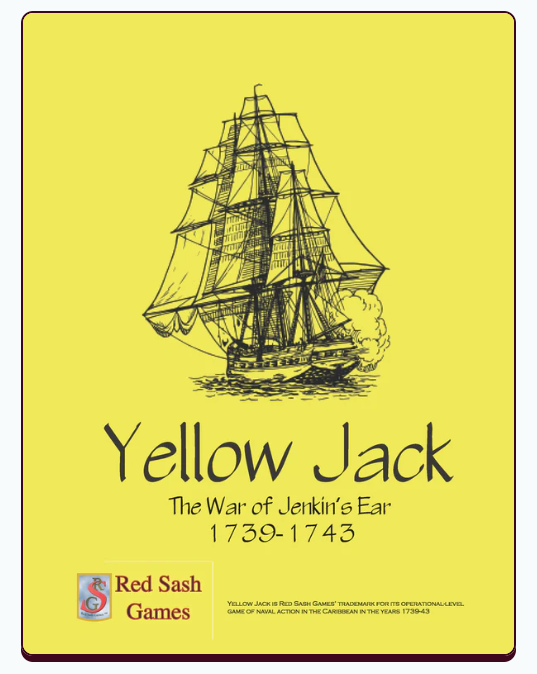 Yellow Jack is a naval war game for two players, set during the years 1739-1743. It explores the roles of the navies of Britain, Spain, and France in the Caribbean.

Scale is "operational" - that is, the playing pieces represent squadrons of as many as four ships, rather than individual men-o-war. Other counters represent leaders (good and bad), "light" forces such as frigates and galleys, and "formations" that allow you to concentrate your forces. Tactical themes are eschewed in favour of operational issues: keeping your forces in fighting trim, being at the right place at the right time, & dealing with a mounting list of instructions, orders, and unfilfillable mandates from your Government.

Combat, though abstracted, takes into account leadership, the class and condition of your ships, and of course the Weather Gauge. In an Age of Sail, wind and water conditions are critical, even at the "operational" level. Movement uses a point-to-point system where costs change with the wind and you will often be unable to go where you desire. Actions are "simultaneous", but unlike many naval games, plotting is not required.

Yellow Jack includes the Hurricane Season, amphibious assaults and land campaigns, and the Yellow Jack itself - Yellow Fever. As a bonus, there are also scenarios for 1744-1748, when the Caribbean struggle became submerged in the greater War of the Austrian Succession; these allow an Extended Campaign covering 1739-1748.